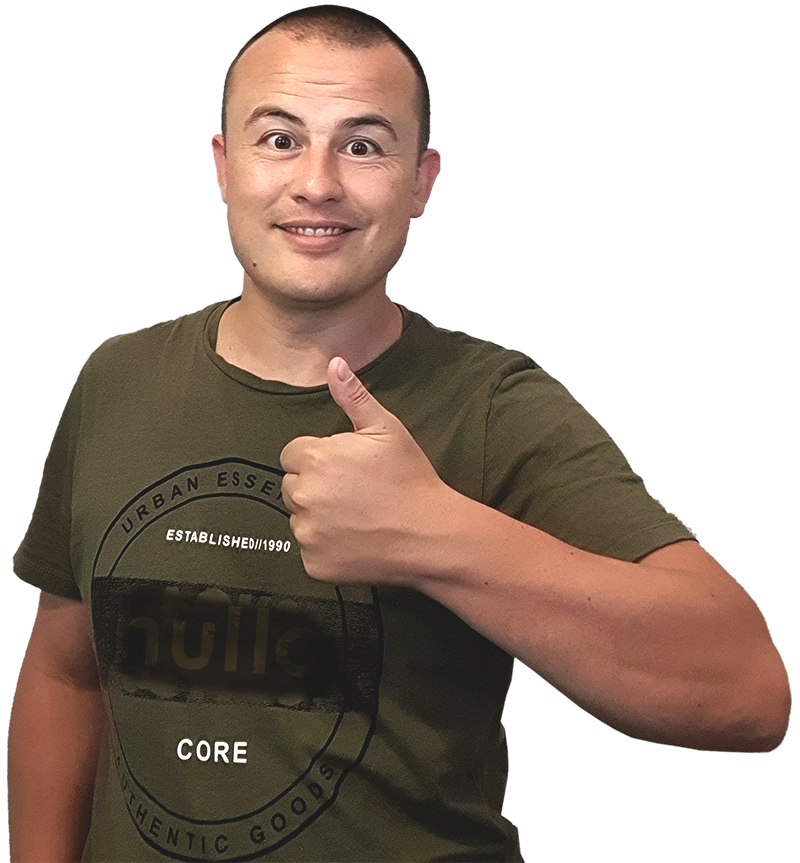 How did I get here?

Before I even developed my current interests & skills, I really run round like a headless chicken. I didn't know what to do at the time. Even an education as a structural engineer seemed like something for me, but I already dropped out the first year. After 4.5 years at the HKU (University of the Arts in Utrecht) I came across a very nice position (Online Producer for Jetix / Disney). After 2 years I discovered that creating websites was not really my thing, even though the work itself and the colleagues were great fun! My interest in 3D design & animation still remained and I really felt I had to pick this up again.
So: Time for a new job!

During a new job as 3D Animator at Studio Hilversum Disney still regularly asked if I could continue making websites for them as a freelancer. The projects just kept coming and even from other countries where Disney was located. It became too much and more and more difficult to combine with my daily job. Working every evening and weekends was starting to become normal. But at one point I made a decision and decided to work as a freelancer full time. Goodbye fixed working hours, fixed workplace and now working from home whenever I wanted. Unfortunately my work at the time was spend much more at creating websites than on 3D projects, but at least I was working as a freelancer in my own time.

Now when I think back to that period when I had just started my own business, I still get that same feeling of freedom and happiness. I have never regret my descision and I would highly recommend it, if you ask me. Being able to take more control of your work, meeting deadlines that seemed impossible and spending more time on things that make you happy!

What am I doing now?

In addition to my freelance 3D projects, I design and sell wooden toys together with my wife with the brand Znoet. The idea started in 2016 when we were looking at our daughter's brightly colored plastic toys. Especially the thought that those bright colors may cause too many unnecessary stimuli and that these toys do not fit into our interior at all, kept replaying in our brains. Surely there must be something better for that? That is why we embarked on this adventure and after a year we have already put 5 different products on the market.
I am also starting to write several Ebooks where I share my experiences and try to help others. It would be great if I could help someone else to make the right decisions and finally find and do something that that person likes. Practical information that will help you coming from the experience that I have gained myself. Technical information about the apps I use to be able to do as many projects as possible myself. Especially in the beginning where costs have to be kept to a minimum.
Soon there will be a free to download Ebook full of Tips & Tricks about working as a freelancer. I deal with topics and questions, such as: What do you have to arrange? What obstacles come your way? Are you suitable to work as a freelancer? How do some things work behind the scenes and a lot more. Wondering how this Ebook might help you? Sign up now.

“Instead of wondering when your next vacation is, maybe you should set up a life you don’t need to escape from.”